Life is so unpredictable but yet so exciting. I’m saying this because so many unexpected and miracle things happened in my life especially during my pregnancy. Surgery to remove the appendix (appendectomy) is common to us but what if appendicitis develops during pregnancy; it is safe to have surgery?

On October 21, I was 24 weeks pregnant, when I woke up from bed; I felt some upper right quadrant abdominal pain. I thought nothing of it and I went to work as usual. However, a few hours later the pain still doesn’t go away. So during lunch hour I went to the clinic where I was suspected appendicitis and the doctor advised me to go straight to the hospital. Luckily I drove an auto car. During that time what I concerned most was my little baby, so I decided to go to the Columbia Asia Hospital, PucNhong where I did my regular pregnancy check up.

Then I came to know that if appendicitis develops during pregnancy, surgery to remove the appendix is done immediately because a ruptured appendix may be fatal. Appendicitis may be difficult to recognize during pregnancy. The cramping pain of appendicitis resembles uterine contractions, which are common during pregnancy. The appendix is pushed higher in the abdomen as the pregnancy progresses, so the location of pain due to appendicitis may not be what is expected. Furthermore, CT scan (x-ray) is not an option for the diagnosis due to the concern that radiation may harm the fetus. I was all alone and really worried about my lil one although the doctor had told me that the surgery is not likely to harm the fetus or cause a miscarriage.

Around 8pm I underwent an emergency surgery where I was given anesthesia that makes me totally unconscious (for sure that drug affected my baby too). It involves about 3 inch incision. When I was awake about an hour later, I had terrible pain but yet I felt very grateful when my baby starts kicking. Three days after the operation, I was released from the hospital and was back on my feet, although slowly. The only ongoing problem is the stretching of the scar tissue as my pregnancy continued to progress. Going through this incident without my hubby by my side, has taught me to be a strong independent person.

THANK GOD…I’m currently 27 weeks and ultrasounds shows that my lil one is very active kicks, moves, and turns. 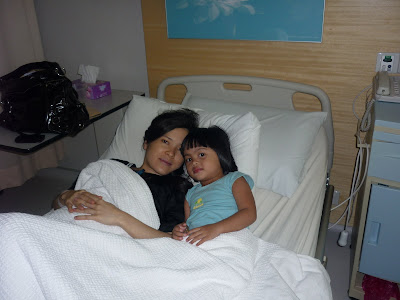 What a tasteless meal. 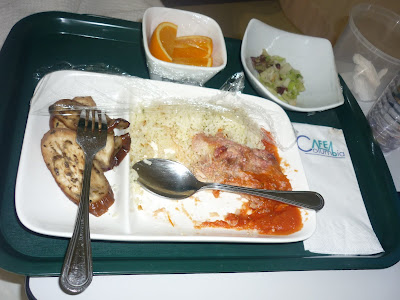 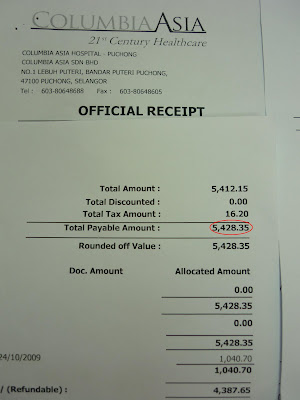 FROM THIS MOMENT ON